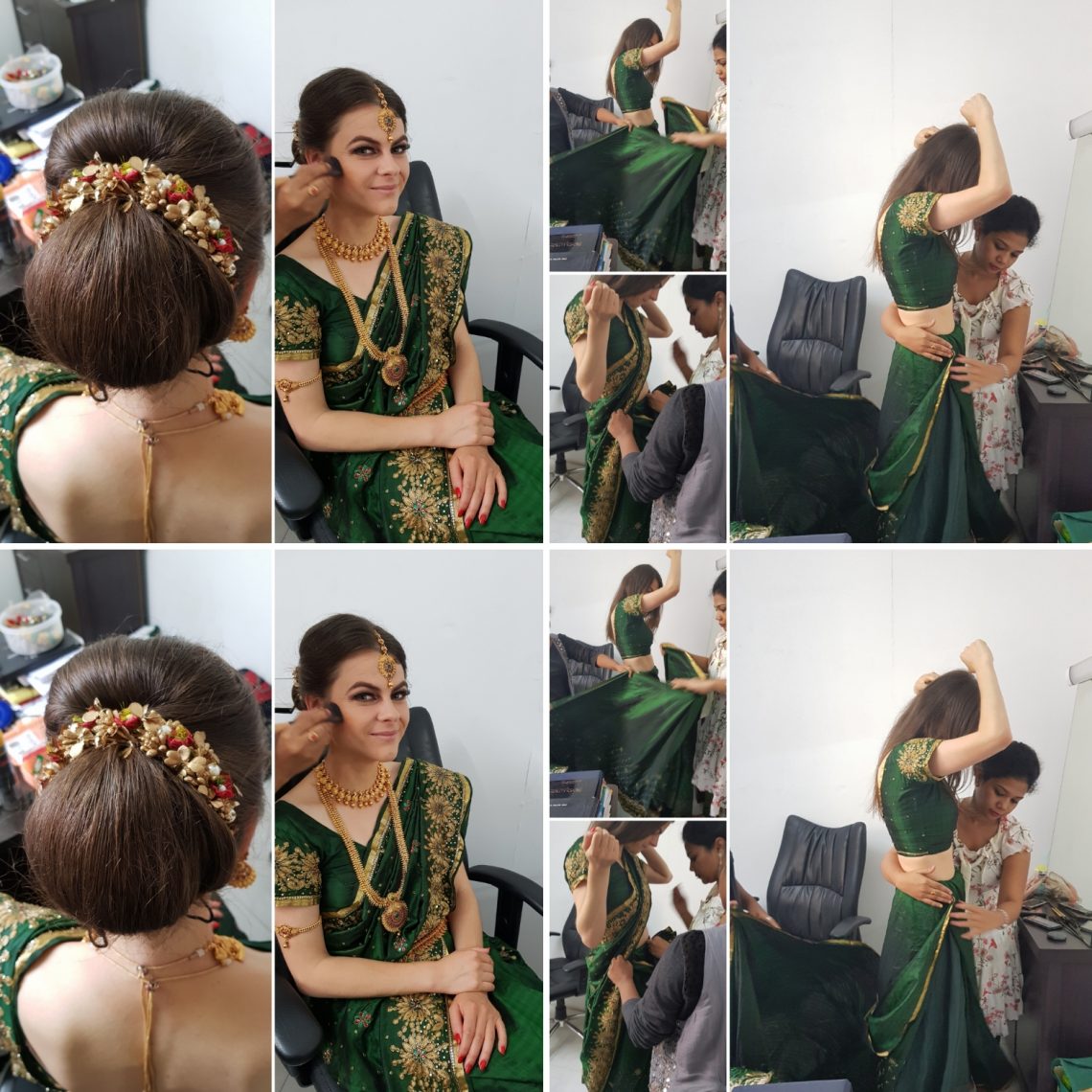 Saree is a traditional dress for women, several meters long, wrapped around the waist as a skirt and it ends  on one shoulder.

There are several colors and styles of sarees that change from one region to another. The decoration, the folding of the material tells a lot about the social situation and the social affiliation of the wearer.

Sincet the moment I arrived to India, my head was constantly turning over to the nicest sarees and I really wanted to buy one but then I was talking  myself out of that, since I’m okay to use it there but where should I wear it at home?

So this plan remained as a thought over couple of weeks.

One night I was traveling home on the bus, it was so hot, I was very tired and I was eager to get home when a young girl introduced herself, informed me that she is a bridal makeup artist and asked me me  if I was in the mood for a photo shoot as her model.

We exchanged a number, she said to me that I would have time to think about it, she would send me a reference if I needed and obviously someone could come with me if I would feel better like that.

She was so friendly and kind, so I said yes and later we discussed the location and date of the photo shoot.

When I arrived and entered the studio, I was surprised to see that there were 8 photographers, including Bhuvana, the makeup artist who had come to greetme  and invited me to the makeup room.

The saree consists three parts. There is an upper part that is short, it ends under the breast (this is either ready or sewn), there is a lower skirt and finally the saree comes on it.

They have been dressing me for 10 minutes to make sure everything was in place, then jewelery boxes appeared.

Breath taking necklaces, waist decorations, earrings, bracelets … which were put on me one by one.

Then they done my hair, put the hair ornament and finally my make-up.

It took me an hour to get ready and after the photo shoot took place.

They instructed me how to stand, to sit, to keep my head, my hand, my foot, where to look, so they were very helpful.

I felt very good, but it was very weird that they were so close to me, I’ve never done that before. 🙂

After the photo shoot we had lunch, we chatted, was really a nice day.

And this is how I finally had a saree even for a short time and I met a good friend – Bhuvana. 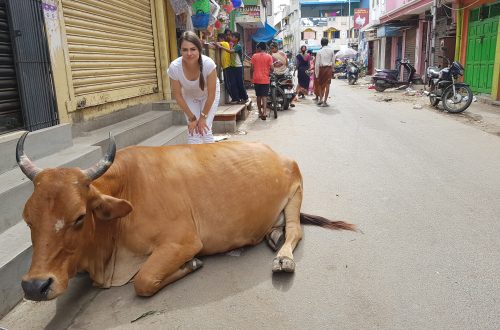 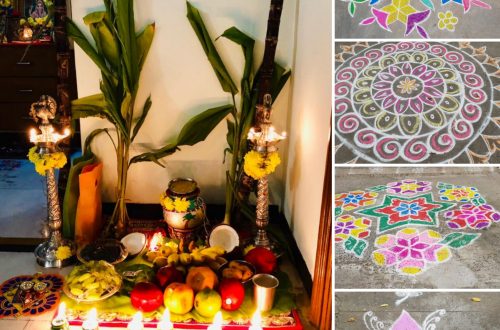